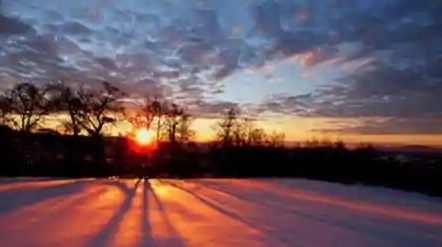 The winter solstice happens on Monday, December 21, 2020. This is the astronomical first day of winter in the Northern Hemisphere and the shortest day of the year. What happens at the winter solstice? Why is the solstice important? Enjoy solstice facts and folklore from The Old Farmer’s Almanac.

A GREAT CONJUNCTION ON THE SOLSTICE

This year, we will be treated to a spectacular astronomical event in the evening of the solstice: a “Great Conjunction” between Jupiter and Saturn, in which the two massive planets will appear closer together in the sky than they’ve been in centuries. Keep an eye on the southwestern horizon about a half hour after sunset to catch a glimpse of the planets hovering together.

There is so much to see and do in the month of December! I wanted to share some of the fun ones I have found in the Seacoast area:Be sure to watch the movie as well (if you like silly movies), but one show I definitely had to get...

The Internal Revenue Service has released new limits for the coming year. After months of high inflation and financial uncertainty, some of these cost-of-living-based adjustments have reached near-record levels.Individual Retirement...