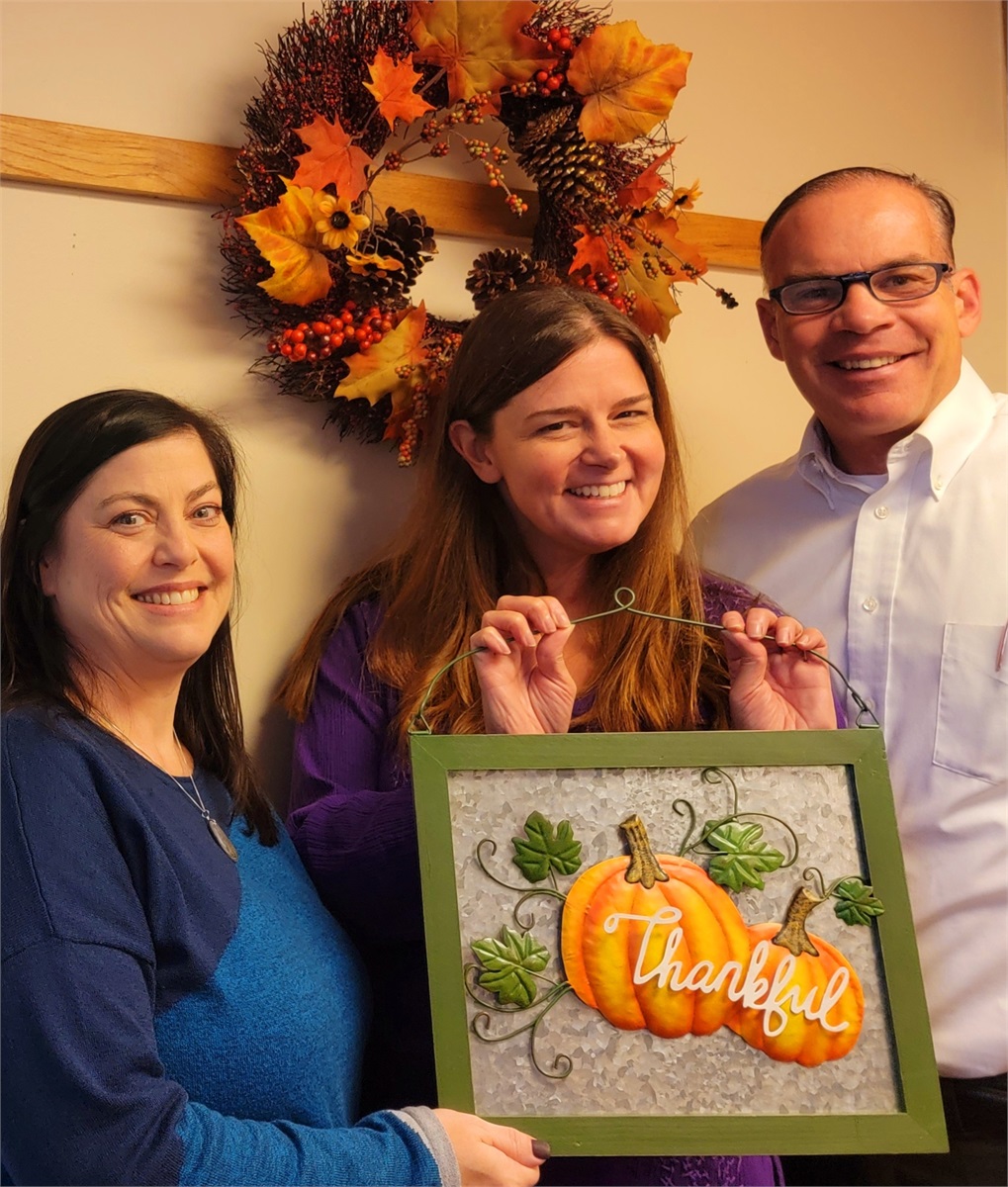 With Thanksgiving approaching, we wanted to share some of our Thanksgiving traditions with you. We learned some new things about each other when we sat down to talk about what Thanksgiving means to each of us. While many of our traditions and food choices overlap, there are also a few things that are unique to our families. Enjoy!

The Main Course: Turkey? Or Something Else?

When it comes to the main course on Thanksgiving, all of us at AZTEC Financial are pretty traditional. We always have roasted turkey for the main meal. But we get that some people aren’t huge fans of turkey, so we wanted to share this list of unique alternatives to the traditional turkey. Check it out.

Who knew that both Eric and Joie (pronounced ‘Joy’) both have the same favorite Thanksgiving side dish? Creamed onions! Joie’s family also prepares sweet potatoes with butter and brown sugar instead of squash. As for Robyn, she doesn’t have a particular favorite side, but she does have a particular way of eating her Thanksgiving dinner. She takes equal amounts of everything — the turkey, stuffing, potatoes, squash, etc.— and each forkful MUST include a mix of everything. She thinks it is the best taste in the world. It’s all or nothing!

Host or Guest? Travel Near or Far?

Eric and his family always used to have Thanksgiving dinner at his parents’ house, but they recently started rotating among his siblings (two brothers and a sister), to give his parents a break from hosting. This year, they will have Thanksgiving at Eric’s house. His siblings and their children all live in New Hampshire now, so no one has to travel too far.

Robyn has many fond memories of past Thanksgivings in New London, New Hampshire, at her Nana’s house, who sadly passed away recently. Her family all lives in Maine, New Hampshire, and Mass., so there was no long-distance traveling required.

Joie always goes to her in-laws’ house, because she doesn’t have a large family, but her husband does. They go to Grandma’s house each year, and everyone is relatively local, with the farthest relatives traveling from Vermont.

Eric has always thought of Thanksgiving as another excuse to get together with the family. Everyone looks forward to getting together, drinking a couple beers, and playing some games — just spending quality time together and enjoying each other’s company. Before dinner, they socialize, and after dinner, his family plays Zilch, a simple dice game that’s easy to play while carrying on conversations and digesting dinner. After dinner, dessert typically consists of several types of pies, and Eric likes to have a small piece of each!

Before Thanksgiving dinner, Robyn says she would goof around with the kids building snowmen, playing outside, and living young at heart. After dinner, everyone would play cards, but Nana was a super competitive card player, so she ALWAYS won (or ELSE!). Then, it was time for dessert, followed by most everyone falling asleep with football on the television.

Joie and her siblings start the day by getting caught up with each other’s lives, while also listening to music. When everyone gets into their seats to eat dinner, they start the song “Alice’s Restaurant”, and they sing as they eat. Here’s the tune with the words, so you can sing it at your Thanksgiving dinner this year! There is no football on the television at Joie’s Thanksgiving dinner!

Eric used to celebrate two Thanksgivings for a long time. His wife’s family would eat earlier in the day, around 1:00pm, and his mother would have dinner later in the evening, so they’d eat twice that day! Several years ago they switched to just one Thanksgiving dinner.

Robyn’s family would always eat at 3:00pm sharp, and it would be the only meal of the day — “Linner” or “Lupper”, whatever you want to call it. Her dad, however, would somehow be hungry again around dinner time, and would fix himself a turkey sandwich. She usually just went to Nana’s house on Thanksgiving, but sometimes she would have a second Thanksgiving, and go to her brother’s house in Massachusetts on a different day.

Joie’s family was having a couple of different Thanksgivings for a while, as the family is large, and there were just too many people in the house. They do a mid afternoon dinner, as well. This year they have once again decided to keep seperate for safety, but hope to get together again next year.

Robyn doesn’t like cooking, but if she must, she likes to be the only one in the kitchen. If there are others in the kitchen, she’ll find another space to prepare food, or she’ll ask helpers gently (at first!) to remove themselves from the area (ha, ha, ha).

Joie, on the other hand, loves cooking, and doesn’t like it at all when she’s not the one in the kitchen. She enjoys helping with the cooking and preparing for Thanksgiving dinner.

Eric would be stressed if he had to be involved in the cooking and preparing, so he just shows up and the food magically appears!

Why We Love Thanksgiving

Eric loves getting to spend time with the family at Thanksgiving. They make an entire weekend out of it, so they can relax and catch up, without anyone having to drive home after stuffing themselves with turkey and pie. Joie also loves spending time with family at Thanksgiving, and of course, eating lots of good food, too. Robyn loves that permagrin feeling that comes with spending time with loved ones, and from eating!

What We’re Thankful for...

“I’m thankful for my outstanding employees, and for my parents still being healthy.” ~Eric

“I’m thankful for my phenomenal daughter, my amazing parents, my love, my friends near and far, and my awesome boss — who is one of the most genuine and kind people I have ever met. I’m also thankful for my new house, which I started moving into last weekend!” ~Robyn

“I'm thankful for my family’s health; we are all lucky to be covid-free, and we’ve all been vaccinated.” ~Joie

Have a Wonderful Thanksgiving!

Fill out our Questionnaire so that we can learn about YOUR Traditions!

Anyone else feeling overwhelmed by leaves? Last week I had enough leaves to entirely cover my ten-year old while standing up!  Fall leaves sure are gorgeous, but with the wind winds the blanket of leaves on my yard seems...

Autumn in New Hampshire isn't all about leaf peeping. We are fortunate to have a variety of activities to do.If you enjoy exploring new places, you could take a drive through some of the prettiest small towns of the state...