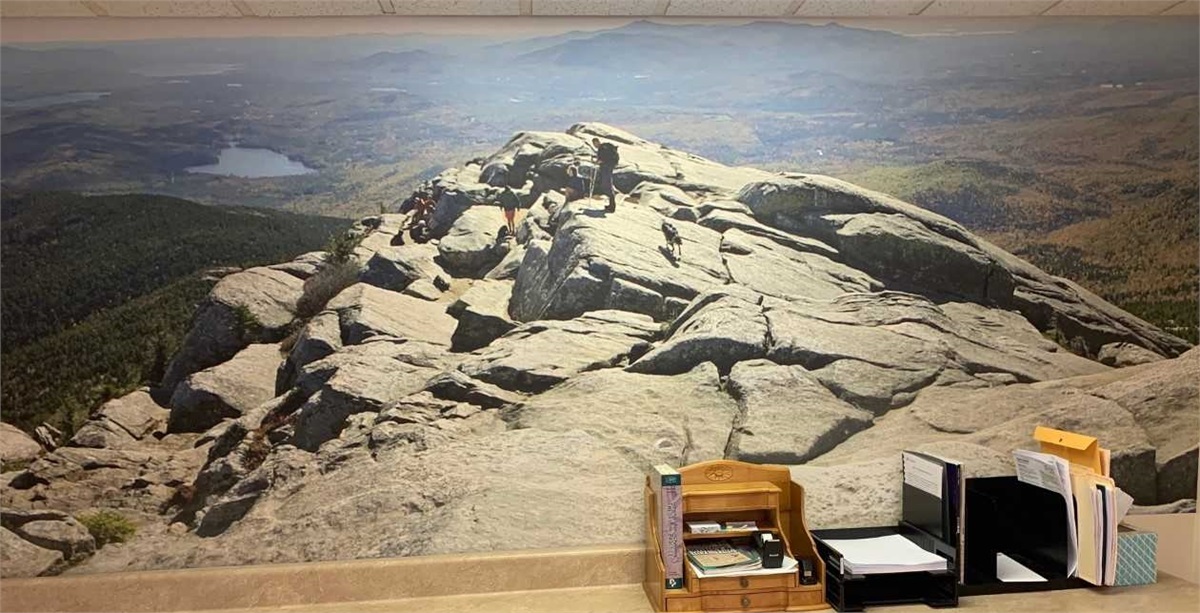 The Legend of Mt. Chocorua

The Legend of Mount Chocorua

It’s that time of the year again when hiking enthusiasts head north to the mountains in search of adventure, solitude, or just a little peace and quiet. In New Hampshire, the White Mountains offer plenty of places to explore at higher elevations, no matter your age, experience, or level of physical fitness.

For example, Mount Major in Alton Bay is a great hike for those seeking amazing views without having to climb too high. It’s a great place to bring the whole family -- leashed dogs welcome -- for a short but rewarding hike. For the more experienced hiker seeking something a bit more challenging, Mount Chocorua is a much longer hike with steeper trails and a rocky summit. Anyone who has climbed it will tell you -- it is definitely worth the climb! With an elevation of 3,490’, it doesn’t quite make the list of 4,000 footers, but it is a deceivingly difficult hike.

Regardless of which trail and loop options you follow, any trip to the summit and back will take about six-plus hours and include about seven miles of hiking. The views are what draw people from all over to endure this strenuous trek. If you enjoy hiking and are up for a challenge, Mount Chocorua is certainly a mountain worth conquering, though you’ll want to do it before the snow comes, if possible!

AZTEC Financial Group’s Certified Financial Planner, Eric Wasson, grew up in Chocorua. He climbs the mountain with family and friends every year in October when the foliage is at its peak. He had a mural created on one of his office walls from a picture he took a few years ago at the top of Mount Chocorua. He looks forward to hiking it again this fall, and will happily show you the mural when you visit the office in Dover.

The Legend Behind Chocorua’s Name

While you may have heard of the mountain because it is often photographed and regularly mentioned as one of the most scenic hikes in the area, you may not have heard the legend of Chocorua. The legend was originally created by colonists, and while there are a few versions that are told, the most popular story is one that says the mountain was named after Chief Chocorua. He was a Native American who is said to have lived in Tamworth with his young son, Tuamba, in the early 1700s, having lost his wife in an epidemic.

The story begins with the chief and his son becoming friends with another settler in the area, Cornelius Campbell, and his family. One day, Chief Chocorua asked the Campbell family to watch his son while he was away on a trip related to tribal business. While Chocorua was away, Chocorua’s son found a bottle of poison that Cornelius Campbell had created as a means of dealing with pesky foxes. He drank the entire bottle and died. When Chocorua returned from his travels, he learned of his son’s death and was overcome with immense grief. He believed the Campbells had poisoned his son on purpose and pledged revenge against them.

Soon after, Mr. Campbell arrived home one afternoon to find his wife, Caroline, and his children had been killed. Campbell immediately suspected it was Chocorua who had done this, and he went to find him with a vengeance in his eyes. Upon finding Chocorua, Campbell chased him up to the top of what is now Mount Chocorua. Chocorua climbed as high as he could, and upon reaching the summit, he knew he was about to die. He raised his arms to the sky and set a curse on the settlers for what had happened to his son, just before his death, caused by jumping from the mountain top.

The curse is said to have gone like this:

"May the Great Spirit curse you when he speaks in the clouds and his words are fire! May lightning blast your crops! Wind and fire destroy your homes! The Evil One breathe death on your cattle! May panthers howl and the wolves fatten your bones!"

In other versions, Chocorua was pursued by Campbell and several other men from the village, who shot him. In most versions, the curse remains upon the valley for the next 100 years. However, history doesn’t support any of the legends, or that the mountain was even named after a person. Historian Mary Ellen Lepionka has written much about the lack of supporting evidence for this legend and has proposed other possible origins of the mountain and lake name, Chocorua. You can read more about her findings, here.

Anyone else feeling overwhelmed by leaves? Last week I had enough leaves to entirely cover my ten-year old while standing up!  Fall leaves sure are gorgeous, but with the wind winds the blanket of leaves on my yard seems...

Autumn in New Hampshire isn't all about leaf peeping. We are fortunate to have a variety of activities to do.If you enjoy exploring new places, you could take a drive through some of the prettiest small towns of the state...